Sometimes, i feel like writing something in English. Its nothing important here,but

if you have a plan to study abroad or to go to any country with working holiday visa,

you might confront with difficulty or might not,,,,,of course I don't know. It always depends on you. It's your choice you make. Sooner or later, you should be better ready for the time.

that was my first day to go to language school in Perth, Western Australia. I had some test to check my English. there was nothing special like speaking, writing, hearing.

I just finished all the tests and i was waiting for being called my name. Then my turn came. My class was upper intermediate at that time. i thought in my mind...Really??

i couldn't speak at all during the test. What the hell i got into hight level class...

Of course,i had a bad bad feeling. and soon it didn't take long before my guess was right unfortunately...

the next morning i entered into the class and realized that there was no Japanese.

there were two new students this day. they wewe a Russian guy and me. I dont remember his name. I introduced myself and took a seat. Suddenly, a girl talked to me.

Her name was Tam,a Vietnamese girl studying in AUS almost for 5years. to my surprise, her English was very fluent like a native speaker. i couldn't follow her at all. She questioned me about many things. i forgot about the details, but I could feel she got interested in me.(if not,my apology.haha ) she was short ,but ellegance in a mean. and her smile was just beautiful. i cant describe it.

what I could say was i fell in love with her by just one sight. OMG.

If i could cacth up with the English class, my life here would be geat. I was dreaming like that but the real tore me into pieces. the class was so hard than i was expecting.

I lost counted how many times i said "I'm sorry." I made tons of mistakes and finally i lost confidence and decided to change my course. How miserable I was. How stupid I  was. I was blaming myself for not being able to believe in me.

The next day, before the class started Tam talked to me outside of the class,

"Why have you changed your class?" I coudn't answer propery.. the next day she didn't talk to me at all. after class I found her in the school and tried to say hello, but I found a Russian guy walking with her closely. i didn't wanna think in that way but they looked very friendly like they were a couple. since then, it was so hard for me to see them in the school. I wanted to win her back but it was little too late. I could do nothing about it. I learned something from that experience. I missed the chance.Instead he took it.

I couldnt remove the memory for the rest of my schooldays.Here is a lesson.

Don't be shy. If you want, dont lose it whatever it costs. Keep up with it at any cost.

before you go study abroad i recommend you to practice especially speaking part.

this is me and her. she is left.I'm right.
beautiful memory. 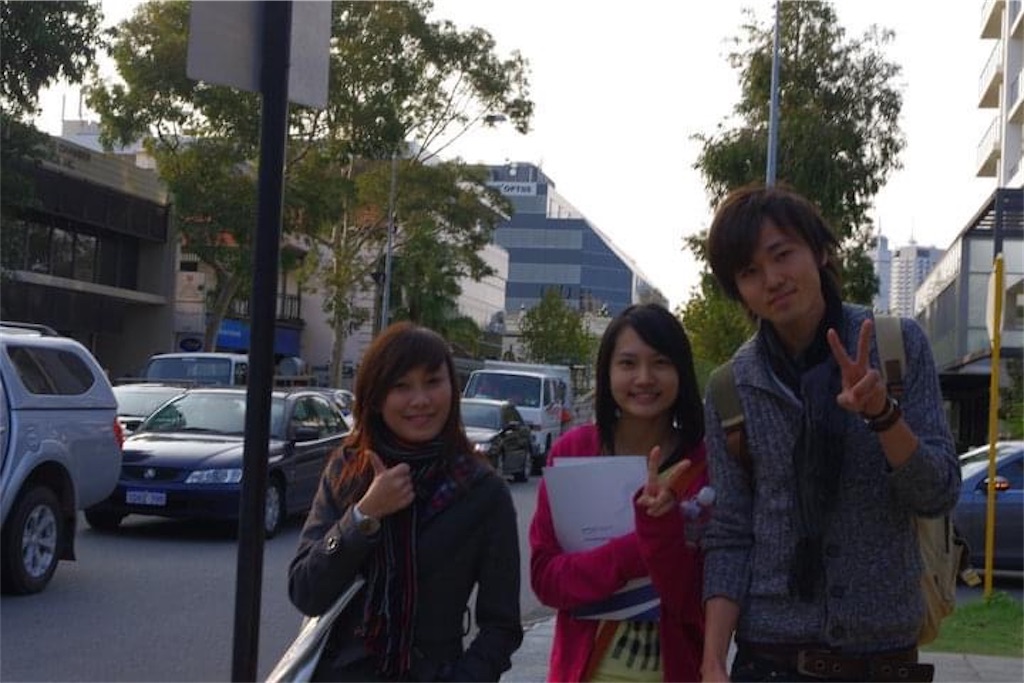